Can you tell the difference? Emus and ostriches too?

Alpacas and llamas nowadays
Confuse the rural scene:
They stretch their necks and cast their wool
On Hatley’s fields of green.
But how distinguish each from each?
Let’s seek the website screen.

Emus and ostriches likewise
Displace the farmyard chicks –
Diversity belongs to towns?
No, we too have a mix
Of alien creatures fenced and penned.
Their pictures please affix!

Alpacas and llamas are cousins: 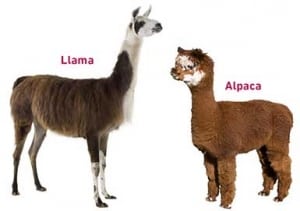 Llama and alpaca – hairy llamas are bigger and tougher than woolly alpacas. Click on the photos for larger versions.

Emus and ostriches are also cousins: 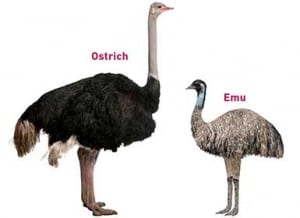 Ostrich and emu: ostriches are much bigger than emus and only have two toes – emus have three; ostriches can run at 40 mph, emus at 30 mph.